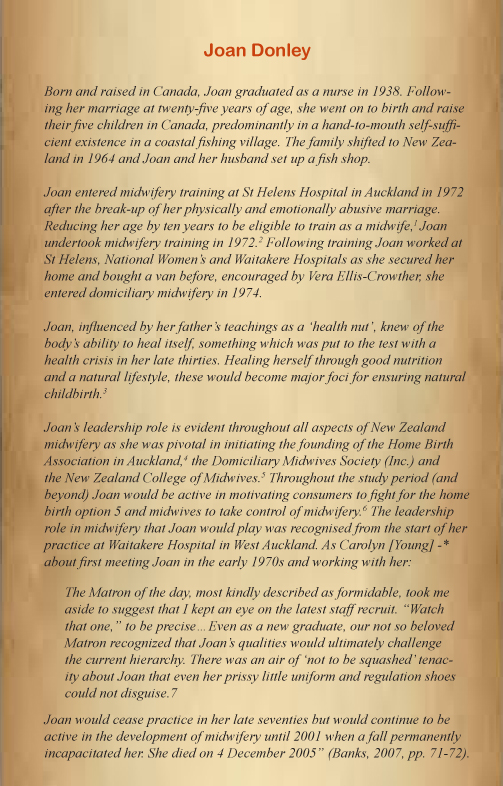 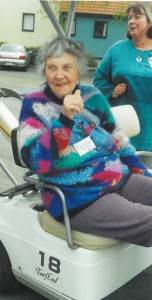 Joan was a phenomenal networker and wrote extensive reports which she delivered at home birth conferences around the world. She would also report back to the Auckland Home Birth Association and the Domiciliary Midwives Society on her return. Her reports to and about the 6th National Homebirth Australia Conference in Sawtell in 1985 can be read here.

Amongst her many conference addresses, Joan’s influential Midwives or moas? speech would galvanise midwives into action. Presented at the 1988 National Midwives and Obstetric Nurses Special Interest Section of New Zealand Nurses’ Association Conference in Auckland, Joan proposed that midwives form the Aotearoa College of Midwives “to promote midwifery in order to survive as a profession”. While it underwent a name change, this prompt would result in the founding of the New Zealand College of Midwives at that Conference. Save the Midwife by Joan Donley

Joan’s research into midwifery history and politics in New Zealand was published in 1986 in her first book, Save the Midwife. An interview done for the New Zealand Women’s Weekly following publication of her book can be read here.

In 1997 Dr Brian Edwards interviewed Joan. At that stage she was 81 years of age. This recording can be heard here.

A further collection of Joan’s papers Inventory of the papers of Joan Donley (1916-2005), 1933-2003. MSS & Archives 2007/15 is available at Auckland University in Special Collections. This material includes that of National Women’s Hospital when it was housed at Green Lane, Auckland.