Birth & Beyond tries to establish an out-of hospital birth centre in the 1970s-1980s. 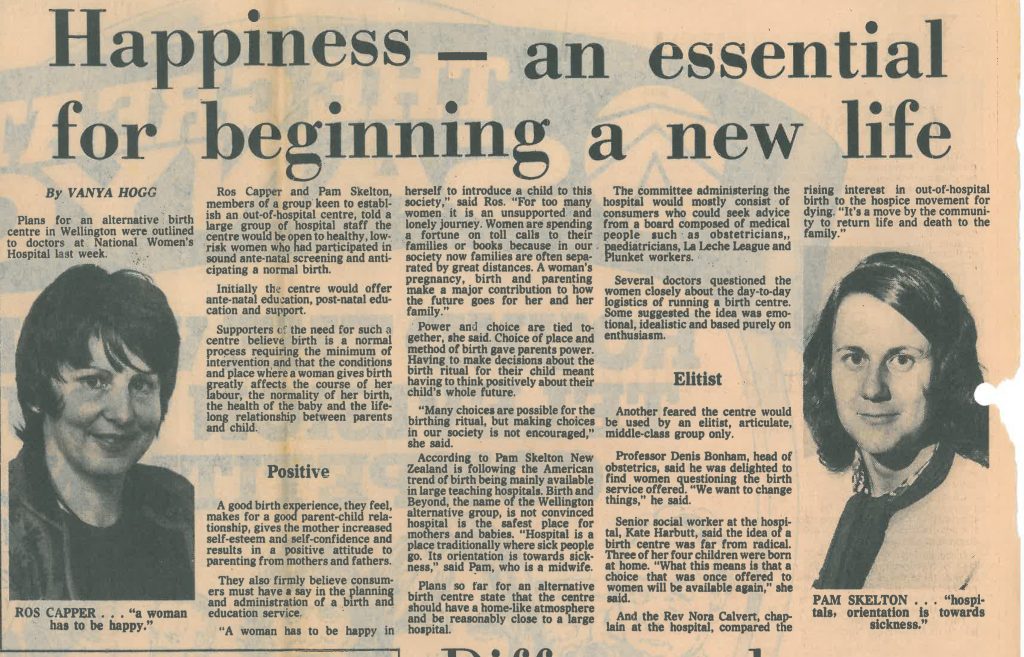 Ros, initially assisted by midwife Pam Skelton, had begun work in 1979 to establish an out-of-hospital birth centre. This idea gained momentum with the announcement of closure of the Wellington St Helens Hospital. In 1980 a public meeting was held and Birth & Beyond began. Read more…