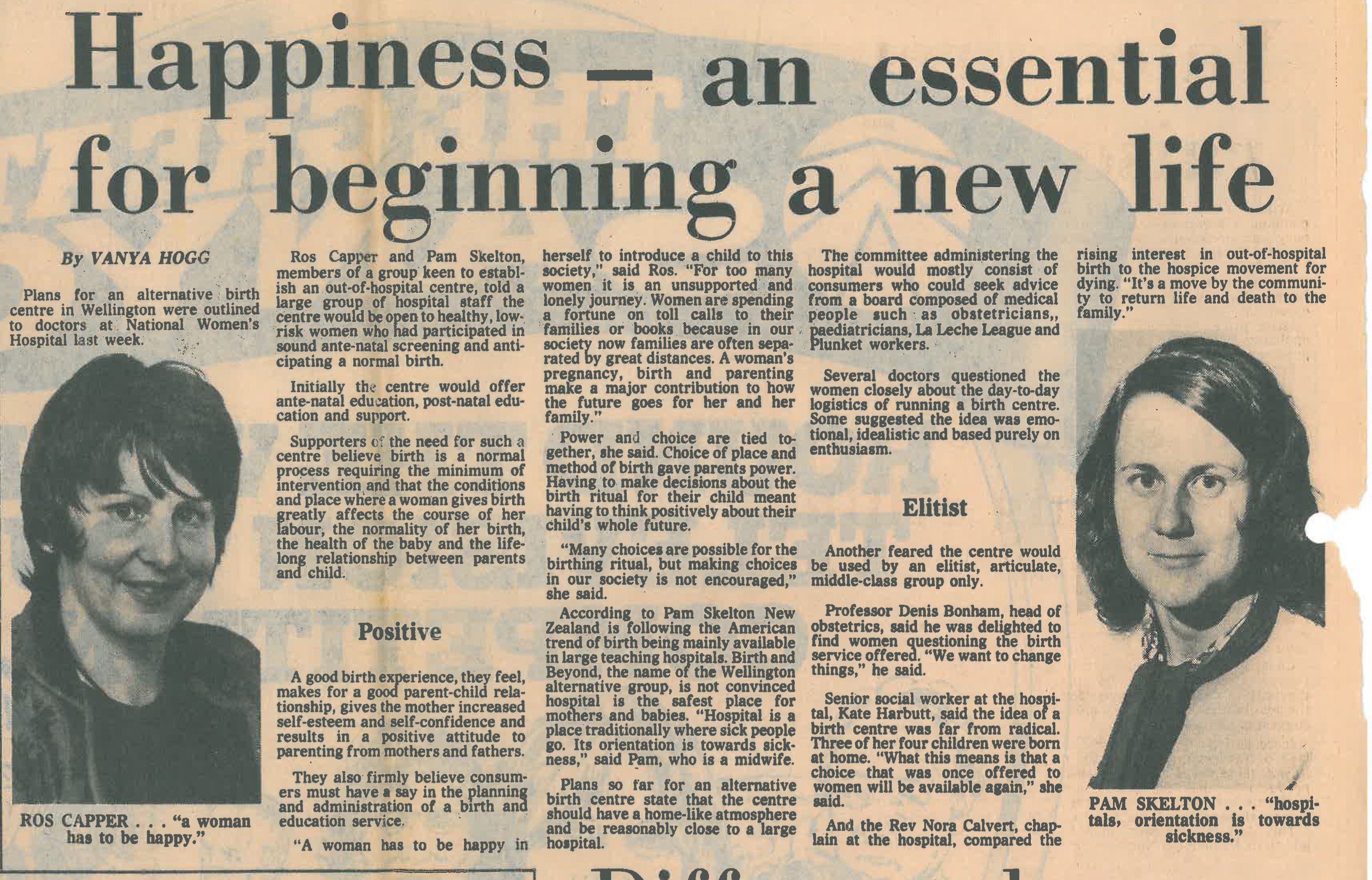 Ros, initially assisted by midwife Pam Skelton, had begun work in 1979 to establish an out-of-hospital birth centre. This idea gained momentum with the announcement of closure of the Wellington St Helens Hospital.

The Wellington Hospital Board did not support out-of-hospital birthing but an unbiased exploration of the option was urged by the Professor of Community Health.The Board offered an area within the hospital but this area was not suitable to Birth and Beyond Inc members for the birth centre and education centre which they wanted to develop. The Board would eventually offer a house in Owen St for the purpose but the then Health Department deemed it substandard.

After 3 years the Society was despondent in not having acheived its aim. Its members, many of them mothers, felt stretched by a lack of resources and free time and the considerable journey ahead to acheive its goals, . While members retained their ideals the Society was wound up in March 1983

The archive was dishevilled and has been re-organised into 4 categories – correspondence, documents, newsclippings and a combined newsletters-minutes.

The topics of the newspaper clippings include the closure of St Helens Hospital, Wellington, home birth, opening of Wellington Women’s Hospital, the Domino Scheme, midwifery autonomy and letters to the editor.